He completed his primary, secondary and high school education in Ankara. He represented his school in the branches of mathematics and chemistry at the TÜBİTAK Science Olympics during his high school education. He completed his education at Uludağ University and Kırıkkale University and became a general surgery specialist. During his education, he also received training in subjects such as upper gastrointestinal tract (GI) endoscopy and lower gastrointestinal tract endoscopy (esophagogastroduodenoscopy and colonoscopy), laparoscopy (closed surgery techniques), intensive care, burns, and laboratory animals. He has memberships of the Turkish Surgical Society, Turkish Society of Medical and Surgical Intensive Care, Kırıkkale University, Başkent University, Muş State Hospital (compulsory service), Private Duygu Hospital are some of the institutions where he worked at. At the moment, he sees his patients in his private practice in Ataköy Towers, and he gives lectures as a faculty member at Nişantaşı University. He always kept in his mind the phrase Primum non nocere (first, do no harm), which he first learned during his medical education, and treats his patients within the framework of medical ethics and by following the latest developments in medicine. 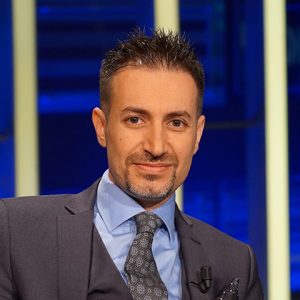